Looking around the room, it’s easy to see the thin layer of dust covering the unused piles of what was once treasured but now trashed. Well, not exactly trashed, but mostly unnoticed.

Stuff. It all comes down to what you own. In America, it’s not all that difficult to accumulate loads and loads of unused stuff. Like some kind of weird race to see who can grab the most toys from the toy box… before being put into their own final toy box.

Yeah, all this grand talk but I’m as guilty as the next. Too much dust in this house.

“As cold as a witches’ Nebraska.”

So cold, I find myself bouncing from topic to topic, and sifting aimlessly through the ashes of a dozen superfluous ideas… just to stay warm.

I’ve had a whirlwind of ideas, all the while just standing here waiting for the new day to yawn.

What is it they say about the eager beaver? Something about getting the worm.

“A dull knife is far more dangerous than a sharp one.”

Gaze too long into the depths of this simple sentence, and it will lend itself to being overly counter-intuitive. Tread lightly for just a moment. Be steadfast and wary, for it is so easy to overthink it, allowing enough space for the crop circles to bubble up.

Even though a sharp knife has the potential to cut deeper, the extra force required to cut with a dull knife will cause a much deeper wound if you slip. Also, if you do get cut, a cut from a sharp knife is much cleaner and will heal faster thus is less likely to get infected.

Kind of begs the question: was this proverb constructed by a knife maker? If so… great marketing idea. I’ve no doubt that this phrase will last forever, albeit changing in form slightly over time.

“A dull microchip is far more dangerous than a sharp one.”

It’s a timeless metaphor for us monkeys to hold onto. Reminds me of something. The resounding images, milky and free flowing across a mirror pane. Careful to avoid the edges. I wonder, which cuts deeper.. the center or the edge?

I’m going to wrap it up here, stick it in my pocket and bring it out later. I had thought to chew on it more, but time has a way of softening our resolve, and though I run my fingers timidly across the surface each day…

I can’t always see my reflection so clearly in the mirror on first glance.

The favorite part of my day is waking up, regardless of what’s in my cup.

I’m thrilled each day to be a small part in the complex web of the living, to watch the sun rise over the tree line and feel reasonably sure that I’ll be around to watch it set later in the day. It’s an enormous thing, this gift that has been bestowed upon us.

I try not to waste it.

A few idle thoughts about the USA.

I’m just wondering, is this still the land of the free and the home of the brave, or is it over? Has decency become a thing of the past, like journalistic integrity?

So many things have been revealed in the last two years. To even speculate takes a measure of grit, and at least an ounce of ingenuity.

I’m being a bit wordy, and dangling on the edge of becoming stale.. so I’ll change the boats direction. Instead of posing more questions which would be my usual course, I’ll just script a possible scenario. You can decide if it feels like a comfortable coat, or instead a musty, old blanket. Cool? Cool.

Sometime in the 60’s/70’s, the bad people took control of the country. The plan was simple, like creepy little fire-ants – invade all the public schools, decompose the culture and infest the various places of political power.

For a brief time, this decay slowed and we were given the 80’s, possibly the single greatest decade in America in over a hundred years… but the fire-ants were waiting, and took it all back. After the 80’s, the decay began anew. The plan was redoubled, and the country began to fall apart much faster this time.

It worked wonderfully. These creatures, these ants of fire could dig into everything, and by the late 90’s most of our culture was either dead or in the process of dying. Music and public schools were among the first to fall, followed quickly by TV (which was cable at this point) and movies.

By the time the internet reared its ugly head, they had won. All that was left was to continue the plan, and settle in for the long screw. It was perfect.

That’s why the world seemed to rip apart by the end of 2016. How could this outsider possibly gain control? It was a freaking outrage.

This battle, that had been raging for decades had completely become our norm. We had become numb to it, all of us. But not any more. The monkeys mask fell off, and the media (along with the politicians) were standing there naked. Super ugly sight to behold, believe me.

Now, the media doesn’t even try to hide their bias. The politicians openly call for atrocities, knowing their followers will blindly look the other way or simply not understand what’s at stake. You either believe one side, or the other. Polarized baby.

So… with everything left hanging in the balance, how does the story end? Do the good guys win? Do the bad guys regain control?

That’s my idle thoughts on this fine afternoon.

Enjoy your day, and try to reflect on the good things in your life.

Years ago, long before I would realize just how much of an impact it would eventually have on my life, there was a guy I knew who loved his bourbon. An old blues man who played his electric piano, drank his bourbon, and filled me in on the way life really was. He came up with so many unique, urban phrases… it makes me want to jet back in time just to hear him speak again.

I was working at a small sandwich/ice cream shop which also had a bar in it. It was located in a small shopping village called Catfish Town which was perfectly situated on a levee, just off one side of the Mississippi river. Does it get any more picturesque than this? No. Not really. Oh, and I was in my early 20’s… so yeah, there is that. 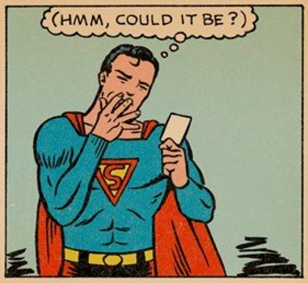 ‘Ain’t nothing for no stepper’ was one of his best lines. To this day, I still question exactly what her meant. Near as I can figure, he was a stepper (dancer) back in the 50’s and those were the guys that got all the ladies. In some ways, they probably still are.

‘That’s your up in yum!’ was a great response to anyone who said anything he didn’t want to hear. My guess is that he means ‘opinion’.

There are more, but those two always stand out. Then again, that’s really just my ‘up in yum’.

Try as I will, I can never get away from simple wordplay. The bending and the shaping, the constantly hearing echoes in the pavement as I walk, it’s all tied together and packaged neatly in a box somewhere.. with a dainty bow, and some ribbon. I’ve actually tried to just straight up write some solid prose or a handy dandy, market friendly story line. No frill, few chills but tons of laughter. Never works out. I stray. I’ll admit it. I always stray. 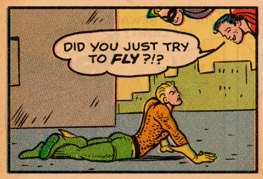 So where does this leave us, you and I? Writer meets reader, and the colonel dies.

Coronel came through French and colonel through Italian. Colonel preserved the look of the related word “column,” but coronel brought a nice, regal “crown” to mind (though it wasn’t actually etymologically related). So it went back and forth until we settled into the ‘l’ spelling with the ‘r’ pronunciation.

Yes, I had to look that up. Some words are just weird like that, and lay heavy on the tongue. I’ve always been a bit disturbed by ‘vacuum’ as well… just seems wrong (not write).

Ultimately, we write for ourselves with a dull, nagging desire to be heard by someone who can appreciate our trials and tribulations. It’s best not to go too deeply into the cave, assuming you’ve been able to free yourself from it in the first place. By that I mean, if you were able to step out into the world, and walk into the forest.. you might want to keep going. Looking back is dangerous. The cave was warm and inviting, and will always draw you back. Believe me. I was a cave dweller (we all were at one time). It calls my name with offers of comfort and warmth, but I’m too wary now. Can’t go back, must forge on.

Enjoy your walk into the woods while you can. You write man, you write!

Cold, and soon to be dark… there’s no great way to tread lightly on a Monday.

I think the toughest part of Monday is that by it’s very nature, it always arrives on the heels of the weekend, just a bad place to be. 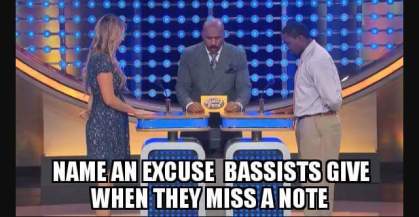 Heads down, chins up.. lets just get this day over with!

…and how it relates to more than anyone ever really expected; with roots that can closely define our human spirit.

Not bad suffrage, not bad at all.

Thought the following was an interesting definition:

Suffrage is the right to vote in public elections. Universal suffrage means everyone gets to vote, as opposed to only men, or property holders. Suffrage has nothing to do with “suffering,” unless the wrong person is elected. Bam.

Yeah yeah, voting et al… yada yada yada. I added the ‘Bam’ there at the end to be dramatic. Did it work?

Fine… it’s been a long weekend, cut me some slack.

So the idea to me anyway is that suffrage (the word) is a requirement of liberty, regardless of whether or not you’re a woman or a pineapple.

Anyway, I like using words in a slightly different way from what they were intended; not exactly in a deconstructive way – but sometimes… kinda sorta.

Again with the button?

OK, lets shoot for a quick slogan then wrap this up for now:

More to follow on this very loose thread. Promise.